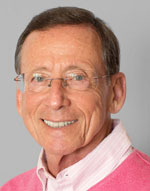 Professor Zaltman is the Joseph C. Wilson Professor Emeritus at the Harvard Business School, Massachusetts, and a founding partner in Olson Zaltman Associates, a market research and marketing consulting ­firm with clients around the globe. Professor Zaltman received his AB degree from Bates College, Maine, his MBA degree from The University of Chicago, and his PhD in Sociology from the Johns Hopkins University, Maryland. He has taught at the University of Alaska, Northwestern University (Illinois), the University of Pittsburgh, and Harvard University. At Harvard University, he was a member of Harvard’s interdisciplinary Mind, Brain, Behavior Initiative which sought to integrate advances in scientifi­c thinking across the university. He also served on its steering committee. Additionally, he was the co-director, with Professor Stephen M. Kosslyn, of the Harvard Business School’s Mind of the Market Laboratory where pioneering work was done on the Zaltman Metaphor Elicitation Technique and on the application of cognitive neuroscience in marketing including brain imaging and implicit association testing.

Professor Zaltman is the author or editor of over 20 books, many of which have been published in several languages. He is a frequent contributor to scholarly and professional journals. Professor Zaltman has received numerous professional awards and honors. He is a past president of the Association for Consumer Research and has served on several editorial boards in marketing and the social sciences. Professor Zaltman has held three U.S. patents related to market research tools including the fi­rst patent ever granted for a research tool in marketing. He is actively sought after as a consultant and speaker around the globe.