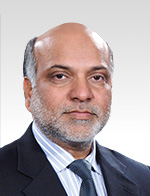 Zafar Iqbal, PhD, has more than 23 years of teaching and research experience. He received doctorate in mass communication in 2003. He serves at International Islamic University, Islamabad, and has published in the reputed national and international journals. During the last 10 years, he remained a post-doctoral scholar at the University of Surrey, UK, University of Southern California, LA, USA, and a Chevening Fellow at the University of Oxford, UK. His work aims at exploring the negative sentiments that historically exist between Muslims and non-Muslims, and attempts to figure out the present state of hostility towards Muslims/Islam in the contemporary mediadominated world. His basic assumption explains that Islamophobia as a phenomenon is historic in nature, and contemporary construction is mainly mediated and its epistemic/symbolic dimension has different connotations. As such, its construction is rendered in a pluralistic manner; hence, it appears as a corpus constituted of Islamophobias. He tested an instrument for measuring Islamophobia in the epistemological spheres by finding its nexus with media and other social antecedents