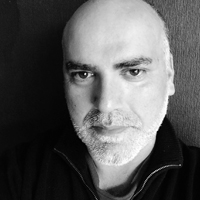 Tyrone S. Pitsis is Professor of Strategy, Technology & Society at Durham University Business School. He is also Director of the Global Doctor of Business Administration programme between Durham and emlyon. His research is at the intersection between strategy design, innovation and complex projects, with a focus on transformative technologies. He is consistently rated as one of the top teachers and is a sought-after speaker. He has been the recipient of several awards for his research and was also awarded the Practice Theme Committee of the Academy of Management leadership award for his contribution to AOM’s strategic aims of promoting and recognizing the impact members make through their scholarship. Having worked since he was 14, Tyrone originally began his working life as a chef, starting off as a kitchen hand and working his way up to executive chef in award-winning restaurants and hotels. He now cooks as little as possible but still loves to eat. Aside from his family, Tyrone could not imagine life without music.
Managing and Organizations
Managing and Organizations
Managing and Organizations