Tom W. Smith specializes in the study of societal change in comparative perspective. He is director of the Center for the Study of Politics and Society at NORC, University of Chicago. Since 1980, he has been a principal investigator of the National Data Program for the Social Sciences and director of its General Social Survey (GSS).

He is also cofounder of the International Social Survey Program (ISSP). It has conducted an international survey annually since 1985 and has involved 60 nations. He was Secretary General of ISSP in 1997–2003.

He was awarded the 2000 and 2003 Innovators Awards of the American Association for Public Opinion Research (AAPOR), the 2002 AAPOR Award for Exceptionally Distinguished Achievement, and the 2013 AAPOR Book Award as coeditor of Multinational, Multicultural, and Multiregional Survey Methods.
The NORC General Social Survey 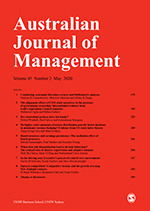