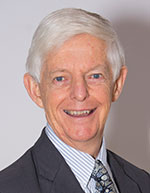 Robin Jeffrey taught for 25 years in the Politics programme at La Trobe University in Melbourne, worked twice at the Australian National University (ANU) in Canberra and has lived for 6 years in India between 1967 and 2015. He is a Visiting Research Professor at the Institute of South Asian Studies, National University of Singapore. His most recent book, co-authored with Assa Doron of ANU, is The Great Indian Phone Book (2013), published in India as Cell Phone Nation . His current research is on garbage in India. He is the author of The Decline of Nair Dominance (1976), What’s Happening to India? (1986), Politics Women and Well-being (1992) and India’s Newspaper Revolution (2000).

Media at Work in China and India