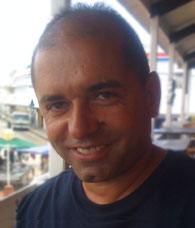 Robert S. Singh has been a member of the Department of Politics at Birkbeck since April 1999. He was educated at Christ Church and Nuffield College, both University of Oxford, from where he graduated with a first class BA Honours degree in Philosophy, Politics and Economics (1989) and a DPhil in Politics (1994). He also spent a year as a visiting graduate exchange student at Yale University in 1990-91. Before coming to Birkbeck, he held fixed term College Lectureships at Oriel, University, Christ Church and Queen's Colleges, Oxford (1991-94) and permanent Lectureships in Politics at Trinity College, Dublin (1994-96) and the University of Edinburgh (1996-99). His main interest is the politics of United States foreign policy but he has also written extensively on domestic US politics.
Contemporary American Politics and Society
American Government and Politics