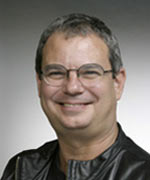 Richard Parker, PhD, is also a professor in the Department of Sociomedical Sciences in the Mailman School of Public Health at Columbia University in New York City as well as President of the Brazilian Interdisciplinary AIDS Association (ABIA) [http://www.abiaids.org.br/] in Rio de Janeiro. His major publications include Bodies, Pleasures and Passions: Sexual Culture in Contemporary Brazil (Boston: Beacon Press, 1991), Sexuality, Politics and AIDS in Brazil (written together with Herbert Daniel, London: The Falmer Press, 1993), Conceiving Sexuality: Approaches to Sex Research in a Postmodern World (edited together with John H. Gagnon, New York and London: Routledge, 1995), Beneath the Equator: Cultures of Desire, Male Homosexuality, and Emerging Gay Communities in Brazil (New York and London: Routledge, 1999), Culture, Society and Sexuality: A Reader (edited together with Peter Aggleton, London: UCL Press, 1999), Framing the Sexual Subject: The Politics of Gender, Sexuality and Power (edited together with Regina Maria Barbosa and Peter Aggleton, Berkeley, Los Angeles and London: University of California Press, 2000), Love and Globalization: Transformations of Intimacy in the Contemporary World (edited together with Mark B. Padilla, Jennifer S. Hirsch, Miguel Muñoz-Laboy, and Robert E. Sember, Nashville: Vanderbilt University Press, 2007), SexPolitics: Reports from the Front Lines (edited together with Sonia Corrêa and Robert Sember, Sexuality Policy Watch, 2007), and Sexuality, Health and Human Rights (edited together Sonia Corrêa with Rosalind Petchesky, New York and London: Routledge, 2008). A second edition of his book, Bodies, Pleasures and Passions: Sexual Culture in Contemporary Brazil is currently in press (Nashville: Vanderbilt University Press, 2009). He serves on the editorial board for a range of scholarly journals, including Archives of Sex Research, Sexualities, the Journal of Sex Research, Sexuality Research and Social Policy, Health and Human Rights and Interface, and is editor-in-chief for the journal, Global Public Health. Prior to joining the faculty at Columbia University, in the early 1990s Dr. Parker was the founder and director of the Program in Gender, Sexuality and Health at the State University of Rio de Janeiro, which has been nationally and internationally recognized as the leading sexuality research and training program in Brazil. In 2002, Dr. Parker also founded, and has since co-chaired, Sexuality Policy Watch (formally named the International Working Group on Sexuality Research until 2006). He is also one of the Founding Editors of the journal, Culture, Health and Sexuality, which began publication in 1999 and has become one of the leading international journals for sexuality research, with by far the most multi-cultural editorial board and publication record of any sexuality journal in the world.
Leading and Managing Extended Schools
Creating a Learning School