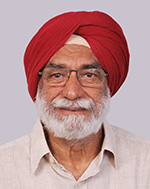 Preet Malik, a career diplomat, had served as the ambassador to Bahrain, Cuba and Myanmar and was the high commissioner to Singapore, Tanzania, Seychelles, Malaysia and Brunei.

In a career spanning decades, Preet Malik has held various national and global positions. He has served as the director, Ministry of Commerce, Government of India, and the Deputy Permanent Representative and Minister Extraordinary and Plenipotentiary to the Permanent Mission of India to the UN, New York. He was the Vice President of United Nations Economic and Social Council (ECOSOC). From 1992 to 1995, he was initially the Additional Secretary and then the Special Secretary (Economic Relations) in the Ministry of External Affairs, Government of India, where he headed the relations with SAARC and was involved in the definition and initiation of South Asian Free Trade Area (SAFTA).