BSc Psychology, University College London, 1984, First Class Honours, G.C. Drew Examination Prize DPhil in Social Psychology, Oxford, 1988 Head of Department Professor of Media and Communication I previously held academic posts at the University of Kent, University College London, and Brunel University and have been a visiting lecturer at the LSE, SPS in Cambridge, the University of Illinois at Urbana-Champagne, Notre Dame (London Programme) and the University of Oslo. Research Interests My research interests include media audiences, public participation in popular culture (talk shows and reality TV), media regulation, consumption research and the links between media and social theory. I have been interested in consumer studies or consumption research for over twenty years. In the late 1980s and early 1990s I was interested in what appeared to be a growing link between consumption and identity and particularly the way that regulatory changes were opening up personal finances allowing an increase in personal debt and accompanying shifts in social attitudes and ethical responses to consumer society. In audience studies and the study of popular culture I have worked mainly on the talk show genre which anticipated the increasing mediation of public participation which has developed in reality TV and new media. I originally (also with Sonia Livingstone) was interested in the links between the mediation of public engagement and political culture and the changing conception of public service media. I am still writing about talk shows and in recent years have been interested in sensational talk shows such as the Jerry Springer Show and the Jeremy Kyle Show. I am also working on other popular culture TV genres including makeover TV and am working (with Claire Lynch at Brunel) on the relation between identity, memory and history in Who Do You Think You Are? More recently I have become engaged in media policy research focusing on the changing regime of regulation of media and communications in the UK through a study of the work of Ofcom. The findings and ideas from this research (funded by the ESRC) have been published in a number of papers and appear in my book (again with Sonia Livingstone) Media Regulation: Governance in the Interests of Citizens and Consumers published by Sage in 2011.
Media Regulation 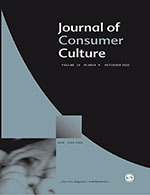 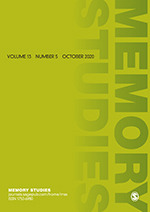