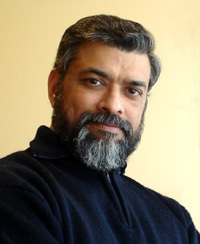 He began his career in media as a community worker for rural development at the Bosco Gramin Vikas Kendra, Ahmednagar. He founded Tej-prasarini, Mumbai, a multimedia production centre to raise awareness of the urgency of life-based education in South Asia. He promoted a series of teacher-training manuals called ‘Quality Life Education’, the first of which was his own work: Exercises in Media Education (1994). Using this, he conducted no less than 40 all-India courses on media education for schoolteachers, social workers and youth facilitators form diverse ethnic, cultural and religious backgrounds.

Dr Gonsalves is a member of the Salesians of Don Bosco, an international society dedicated to the holistic development of young people. He coordinated its first five-language web portal at its headquarters in Rome. He was also president of INTERSIG, the international wing of SIGNIS, a world association of communicators for a culture of peace.