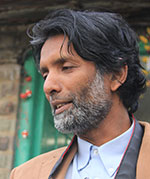 Having been trained as a cultural anthropologist, Sasanka Perera has been with the Department of Sociology, South Asian University, New Delhi since 2011 where he is the founding professor and was its chairman until 2014, and is the Dean of the Faculty of Social Sciences from 2011 to the present as well as the Vice President of South Asian University since February 2016. Prior to that, he was with the Department of Sociology at the University of Colombo for 20 years until his resignation in 2011 as its Chairman. His research interests are located in the intersections of contemporary social theory and culture and its politics. More specifically, he focuses on spatial politics and dynamics of the urban experience in South Asia/Sri Lanka; issues of education; political violence and nationalism in Sri Lanka; transformation and politicization of religion in Sri Lanka and Nepal; the politics of memory; and the interpretation of culture and the politics of visual arts. His research and professional interests have enabled him to work in Sri Lanka, USA, Cambodia, Pakistan, Nepal, Japan and India. He has written and published extensively in the English and Sinhala languages while some of his works have also been published in Tamil and Japanese. He was the founding editor of South Asia Journal for Culture published by the Colombo Institute for the Advanced Study of Society and Culture, from 2007 to 2012. At present, he edits Society and Culture in South Asia, co-published by South Asian University and SAGE India. His book, Violence and the Burden of Memory: Remembrance and Erasure in Sinhala Consciousness was published by Orient BlackSwan in 2015. In his spare time, he writes poetry and engages in blogging, photography and print-journalism. 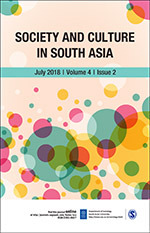