John Ishiyama (Ph.D., Michigan State University) has been at Truman State University since 1990. His teaching interests include comparative political development, democratization and political parties, and political methodology. His research focuses on political party development in new democracies and empirical assessments of pedagogy. He has published three books and 72 journal articles (in Social Science Quarterly, Comparative Politics, Comparative Political Studies, Political Research Quarterly, Political Science Quarterly, Party Politics, Europe Asia Studies, etc.) as well as book chapters and reviews on democratization and development of political parties. He is a member of the American Association for the Advancement of Slavic Studies, the American Political Science Association, the Midwest Political Science Association, the Council on Undergraduate Research and the African Studies Association. He is a recipient of the 2003-2004 National Carnegie Scholar Award, the 2003 Governor’s award for excellence in teaching, and other awards for teaching. In 2004, he was named the Carnegie Foundation/CASE Missouri Professor of the Year. He is also Editor-in-Chief of the Journal of Political Science Education and is on editorial boards of the journals Party Politics and Controversia. He is President of the International Studies Association-Midwest for 2006-2007. Dr. Ishiyama divides his time between teaching classes and serving as Director of the McNair Program at Truman State University.
21st Century Political Science: A Reference Handbook 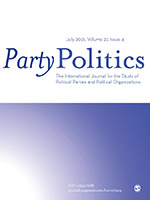