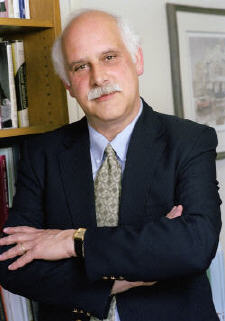 John M. Carfora is Associate Vice President for Research Advancement and Compliance at Loyola Marymount University in Los Angeles. An economist and recognized authority on research administration and international research collaborations, John has lectured at a number of colleges and universities throughout Europe, Canada, Africa, and the United States. Dr. Carfora is Co-Chair of "I-Group" -- a National Academy of Sciences committee on international research collaborations -- as well as a member of the Board of Directors of the Immersive Education Initiative, and a former member of the Board of Directors of the Alumni and Friends of the London School of Economics (1982-1990), John was a Fulbright Scholar to Ireland in 2009, was awarded the Distinguished Service Award from the National Council of University Research Administrators (www.ncura.edu) in 2007, and was an IREX Fellow to the former Soviet Union in the 1980s. John received his Ed.D. from the Department of Organization and Leadership at Teachers College, Columbia University.
The Art of Funding and Implementing Ideas