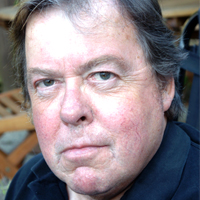 Jim McGuigan is a freelance researcher, writer and artist. He is also Emeritus Professor of Cultural Analysis at Loughborough University UK.  Previously, he taught at Coventry, Leeds, Leeds Trinity, Open and Wolverhampton Universities. He was a research officer at the Arts Council of GB and a script editor in the BBC TV Drama (Plays) Department. He has been a visiting scholar at, amongst others, the Universities of Bergen, Canberra, Canterbury (Christchurch NZ), Catalonia, Copenhagen, Eastern Finland, Izmir, Jyvaskyla, Rostock and at IFK Vienna. He has delivered keynote addresses at conferences and guest lectures in Australia, Austria, Canada, Croatia, Finland, Germany, Ireland, Israel/Palestine, Norway as well as at various universities in Britain and elsewhere. He has, for instance, served on the Art and Humanities Research Council and the European Commission.