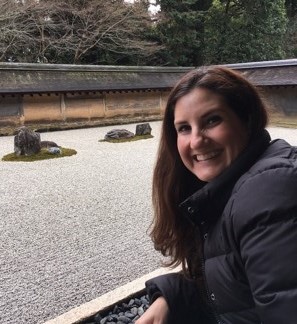 Jessica Bodoh-Creed is a Lecturer in Anthropology at California State University, Los Angeles. Her research focuses on knowledge production and medical media, specifically the Patient 2.0 or Smart Patient movement. Professor Bodoh-Creed’s research looks at four lines of media (fictional medical television, celebrity physicians, cyberchondria and health web searches, and pharmaceutical advertising) to better understand the history of medical media and how this medical knowledge is produced for smart patients. Professor Bodoh-Creed has done ethnographic research in Honduras, one archaeology dig in Mexico, worked with primates like baboons and chimpanzees, and finally works in media and urban anthropology. Her newest research with her students is on gentrification in Los Angeles. She loves teaching and encouraging her students to go out and be good people in the world. She believes very strongly that the empathy learned by studying anthropology could go a long way towards making the world a better place. A native Texan, Professor Bodoh-Creed earned her B.A. in Anthropology from Trinity University in San Antonio, Texas, her M.A. in Socio-Cultural Anthropology from California State University, Los Angeles, and her Ph.D. in Anthropology from the University of California, Riverside.