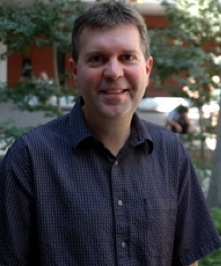 David J. Whitney earned his M.A. and Ph.D. degrees in Industrial/Organizational Psychology at Michigan State University.  He is an associate professor of psychology at California State University, Long Beach, where he is one of the core faculty members in the master's program in I/O Psychology.  Dr. Whitney serves on the Board of Directors of the Personnel Testing Council of Southern California.  He has also served as a program evaluator for a number of multi-year grants funded by the National Science Foundation.  He teaches undergraduate courses on I/O psychology and introductory statistics and graduate courses on test construction, personnel selection, and employee training.  Dr. Whitney's research investigates applicant perceptions of employment tests, test-taking strategies, and the impact of test coaching on performance.  Coincidental to CSULB's location along the Newport-Inglewood earthquake fault, Dr. Whitney's publication record also reflects his interest in the application of psychological theory to the promotion of seismic hazard preparedness.  While Dr. Whitney loves his adopted home of Southern California, his childhood roots are reflected in his undying (some might say undeserved) devotion to New York Jets football.