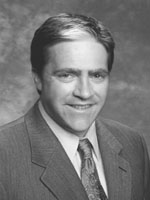 Curtis Linton is a co-owner of The School Improvement Network where he is co-executive producer of The Video Journal of Education and TeachStream. He has spent the last 10 years documenting on video and in print the improvement efforts and best practices of the most suc­cessful schools and school systems across North America. Each year, he visits more than 100 classrooms and schools, capturing what they do to succeed with all students at the classroom, school, and system levels. Linton has written or produced dozens of award-winning video-based staff development programs. His areas of expertise include closing the achievement gap and improving minority student achievement, using data, leadership, effective staff development, brain research, differ­entiation, action research, and coaching. With the goal of delivering results-based professional development efficiently to large numbers of educators, he works with school systems to design comprehensive school improvement plans that integrate workshops, video, electronic media, and other resources. As a part of this, Linton conducts workshops on effective classroom practices. Linton also works extensively in the community, including serving on the Davis School District Equity Committee. Linton received his master’s degree in fine arts from the University of Southern California.
Equity 101: Culture
Equity 101- The Equity Framework
Courageous Conversations About Race