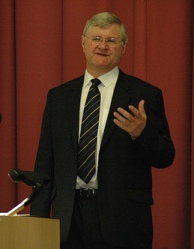 In the course of my research, I have worked with and advised the European Union, Unesco, the Open Society Foundation, the Rockefeller Foundation, the British Council, Universities in the US, Europe and East Asia, and many other organisations, academic, official, and non-governmental. I have participated actively in the professional associations of the field, both nationally and internationally. I was one of the founders of Media, Culture and Society, and I continue to play an active role as managing editor, as well as editing issues on a regular basis. I was a founder of the European Institute for Communication and Culture. I have organised several of its colloquia, and edited themed issues of its journal Javnost/The Public. In 2004, I took the initiative to launch an open access journal Westminster Papers in Communication and Culture, on whose editorial board I serve. My current research interests include the comparative study of media systems undergoing rapid change. I am particularly interested in comparing the media systems of post-communist countries with those of other societies that have moved away from different forms of dictatorship towards more democratic forms of political rule. My other major current interest is in theories of media and communication.
Globalization, Development and the Mass Media
Communism, Capitalism and the Mass Media
Culture and Power
Journalism and Popular Culture
Media, Culture & Society