Andrew (Drew) N. Christopher grew up in Plano, Texas. He received his undergraduate degree from Stetson University in 1992 with a major in economics and finance and a minor in psychology. He holds an MBA from Southern Methodist University and his Ph.D. from the University of Florida. Drew has taught at Albion College since 2001. In addition to teaching courses in research design and analysis, he also teaches “Introductory Psychology,” “Industrial/Organizational Psychology,” “Senior Research Seminar,” and an honor’s college course called “Black Swans and Everyday Life,” and is developing a new first-year seminar titled “Football and American Society.” He has published more than 30 peer-reviewed papers with 28 undergraduate authors since arriving at Albion. Many more undergraduate collaborators have presented their work at venues such as the International Society for the Scientific Study of Individual Differences (ISSID), Association for Psychological Science (APS), Michigan Undergraduate Psychology Research Conference (MUPRC), and Albion College’s Elkin Isaac Research Symposium. Drew has twice been named Albion College’s Phi Beta Kappa Scholar of the Year. In recognition of his work with students, he was awarded the Robert S. Daniel Excellence in Teaching Award at a 4-year college or university in 2013 and named his College’s Teacher of the Year in 2014. He has been editor-in-chief of the Society for the Teaching of Psychology’s journal, Teaching of Psychology, since 2009.

Away from academic responsibilities, Drew works out regularly, not because he enjoys doing so (in fact, he hates it) but because it allows him to eat foods that he probably otherwise should not eat so much of. Toward that end, he enjoys cooking and is particularly adept at making various types of pizza and a wide range of unhealthy desserts. Any leftovers from his creations are gladly consumed by his two beagles, Sybil and Hans. Drew enjoys almost all sports, particularly college football and professional hockey. As a University of Florida graduate, Drew maintains his loyalty to the Southeastern Conference despite living in Big Ten territory. As a Tampa Bay Lightning fan living in south central Michigan, he is a regular recipient of dirty looks from Detroit Red Wings and Chicago Blackhawks fans who populate the area.
Interpreting and Using Statistics in Psychological Research 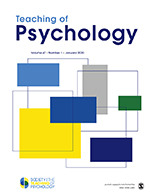