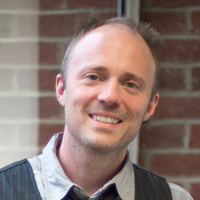 Andy Field is Professor of Quantitative Methods at the University of Sussex. He has published widely (100+ research papers, 29 book chapters, and 17 books in various editions) in the areas of child anxiety and psychological methods and statistics. His current research interests focus on barriers to learning mathematics and statistics.

He is internationally known as a statistics educator. He has written several widely used statistics textbooks including Discovering Statistics Using IBM SPSS Statistics (winner of the 2007 British Psychological Society book award), Discovering Statistics Using R, and An adventure in statistics (shortlisted for the British Psychological Society book award, 2017; British Book Design and Production Awards, primary, secondary and tertiary education category, 2016; and the Association of Learned & Professional Society Publishers Award for innovation in publishing, 2016), which teaches statistics through a fictional narrative and uses graphic novel elements. He has also written the adventr and discovr packages for the statistics software R that teach statistics and R through interactive tutorials.

His uncontrollable enthusiasm for teaching Statistics to psychologists has led to teaching awards from the University of Sussex (2001, 2015, 2016, 2018, 2019), the British Psychological Society (2006) and a prestigious UK National Teaching fellowship (2010).

He?s done the usual academic things: had grants, been on editorial boards, done lots of admin/service but he finds it tedious trying to remember this stuff. None of them matter anyway because in the unlikely event that you?ve ever heard of him it?ll be as the ?Stats book guy?. In his spare time, he plays the drums very noisily in a heavy metal band, and walks his cocker spaniel, both of which he finds therapeutic.